Guarding against and battling the neurodegenerative nature of Alzheimer’s Disease

Guarding against and battling the neurodegenerative nature of Alzheimer’s Disease

The tragic decline and loss of self lies at the heart of Alzheimer’s Disease (AD). If we put all the science aside, this is what sufferers and families are facing when suspicion finally turns into a diagnosis. The media pepper the news and papers with announcements that we are just starting to see the rise of AD and other forms of dementia and whet we are seeing now is but the tip of the ice-burg. It’s all rather depressing reading compounded by the fact that despite extensive research on this disease, only a few drugs are currently available and able to delay the progression of the disease and at best, only control the symptoms in those in the early stages. With so little really known about these neurodegenerative conditions drug therapy could be viewed as closing the stable door only after the horse has bolted. However, as they are at the moment these drugs may stave rapid neurological decline but even their most strong advocates have to admit, they are no cure nor are their effects guaranteed.

In developing a strategy for combating brain and nerve decline we do need to consider that part of the problem may well be a slow-burn process stretching back decades. As we are all living longer these effects may now only be becoming apparent in the older members of society but this does not help to explain the worrying trend of dementia and AD in younger people which could indicate possible genetic quirks or more likely triggers linked to modern living habits rather that the age related accumulative effects seen in older sufferers. Either way, new strategies are needed and where better to start than looking to natural compounds for inspiration. After all, natural compounds were the starting point of most modern drug therapies and we have a lot to thank them for! With the hunt for ever more effective therapies for AD many natural compounds have stimulated the interest of researchers and the pharmaceutical industry as they have shown impressive neuroprotective effects.

In addition to lifestyle and diet these nutrients look to be very promising and have been shown in studies to offer positive outcomes (1);

Results: improved cognitive function, reduction in oxidative stress and a reduction in markers of neurodegenerative.

Results: in those with low folic acid levels, supplements appear to help by reducing dementia risk (2)

Results: long term us of B vitamins, especially B12, appeared to slow cognitive decline. Optimal B12 levels also reduced the risk of folic acid supplements actually masking a B12 deficiency. (3)


In looking to help off set the neurodegenerative process, it would not be unrealistic to formulate a daily supplement plan that includes a dose of vitamin D along with a daily B-complex and a fish oil capsule as well as possibly considering a Ginkgo preparation and may be a daily antioxidant formula. However, cautions must apply as many people are taking complex drug cocktails that could interact with the natural compounds so advise should always be sought before starting any supplements if currently taking prescribed medications. Simply talk to your doctor, pharmacist or your preferred healthcare professional.

1. For an in depth look at natural compounds with possible benefits see: Natural Compounds for Alzheimer’s Disease Therapy: A Systematic Review of Preclinical and Clinical Studies https://res.mdpi.com/d_attachment/ijms/ijms-20-02313/article_deploy/ijms-20-02313.pdf?fbclid=IwAR05SStq0gIm6H6zTogqY8IwHaYVAn6RwiQQgbN8Wu1CwtxYQGIw1cHBkeU

2. Regarding B-vitamins, folic acid has shown some real benefit in those suffering from low levels and dementia, see: Dietary B Vitamins and a 10-Year Risk of Dementia in Older Persons https://www.ncbi.nlm.nih.gov/pmc/articles/PMC5188416/

3. A review on B-vitamins as a group in those with dementia, see: Thoughts on B-vitamins and dementia https://www.ncbi.nlm.nih.gov/pmc/articles/PMC3428233/ 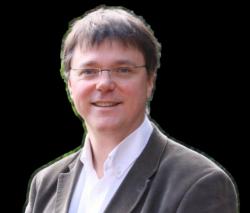