The Sunshine Vitamin that’s a Hormone

Vitamin D3 deficiency is linked with a variety of different health problems, from depression to cancer, and osteoporosis to Parkinson’s Disease. Risk of heart disease and diabetes is also increased in people with deficiency and disease progression can be more severe in people with Fibromyalgia and Multiple Sclerosis. It’s estimated that ninety per cent of people in the UK have insufficient levels.

Vitamin D is a fat-soluble vitamin which is stored in your fat and liver and is mostly made in the skin when you are exposed to sunlight. You can find vitamin D in some foods such as tuna, mackerel, sardines, fish liver oils, beef liver, cheese, and egg yolks but only in very small amounts and some packaged foods are fortified with vitamin D.

There are five forms of vitamin D, but Vitamin D2 and Vitamin D3 are the main forms that most people hear about. However, it’s Vitamin D3 that is the best form of supplementation although there is some disagreement in this area as some researchers believe that D2 is equally effective.

The best way of achieving your regular dose of Vitamin D is through exposure to sunlight and around 20 minutes of sunlight on the face and forearms around the middle of the day 2-3 times a week which should make enough Vitamin D in the summer months in the UK for most people.  However, this summer has been particularly bad and it’s unlikely that we have seen much sun that has reached a UV index of more than 3 to get the right ultraviolet light for your body to make Vitamin D.

Vitamin D is important for good health, growth and strong bones. It is actually misnamed as a vitamin because it’s a prohormone (a building-block hormone) that maintains adequate calcium and phosphate levels to keep bones healthy and strong and has many other roles in the body, including helping with cell growth, neuromuscular and immune function and reduction of inflammation.  Other research has even found that having low levels can hinder weight loss when dieting.

The symptoms of severe Vitamin D deficiency in children include muscle

In adults, severe deficiency can lead to osteomalacia, which is a softening of the bones and causes severe pain and weakness. The effects of this disease can be confused with osteoporosis, which is bone mass loss, but they are very different.

Osteomalacia causes difficulty in climbing stairs, getting up from the floor or a low chair, painful bones (when pressed especially in the ribs or shin), possible hairline fractures, bone pain in lower back, hips, pelvis thighs and feet.

A serum 25-hydroxyvitamin D (25(OH)D) test is the most reliable test for Vitamin D levels and it can be a very useful thing to do.

If you require treatment it is available as injections, liquid or tablets. Some tablets include calcium as well but you should always ensure that you actually need calcium before you take a mixed supplement.  High doses of Vitamin D can raise calcium levels (hypercalcaemia) causing thirst, passing a lot of urine, nausea or vomiting, dizziness and headaches. If you have been supplementing at high levels and recognise these symptoms you should see your GP immediately.  Hypercalcaemia is also linked with hyperparathyroidism.

If you are taking certain medications or have other medical conditions such as kidney stones, some types of kidney disease, or liver disease, you should check with your doctor or a suitably qualified health professional before supplementing. 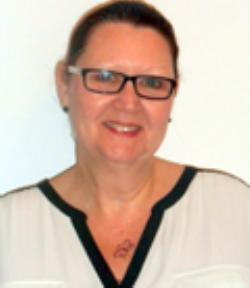 Lyn Mynott has been the CEO of Thyroid UK since November 2008. Thyroid UK is a charitable company working primarily within the United Kingdom and provides information and support to people with both diagnosed and undiagnosed thyroid disorders. Learn more at www.thyroiduk.org.uk