Amber Ointment, A Treasure from the Baltic Sea

Amber Ointment, available for the first time in the UK, is a natural healthcare product from Poland. Amber Ointment contains Baltic Amber Extract which is derived from Baltic Amber; a precious stone found uniquely in the Baltic Sea, which meets Poland at its Northern Coast. Baltic Amber has for centuries been used in Polish medicinal tradition. Its healing properties have been used in ointments, balms, tinctures, even in jewellery claiming to relieve pain. Organic compounds found in Baltic Amber have warming abilities, helping to loosen up muscles around the joints as well as improving blood circulation.

Scientific research has shown that organic compounds found in Baltic Amber have a wide range of effects.

Terpene group substances appear in Baltic Amber in large quantities. With their similar physical and chemical properties, compounds such as Carene, D-Borneol and P-Cymene have warming abilities which help to loosen up muscles around the joints as well as improving blood circulation. They also have the ability to stimulate sensory nerve endings therefore extending blood vessels and increasing skin blood flow, which can be beneficial in reducing pain.

Baltic Amber contains up to 8% succinic acid, a bio-stimulant which activates cell metabolism and shows anti-inflammatory and detoxifying properties. It can also be found in various food ingredients including gooseberries, apples, grapes and turnips. However, Baltic Amber contains a thousand times more succinic acid than even rhubarb stalks, the food richest in the acid!

Baltic Amber also contains minerals such as silica, magnesium, iron, calcium, potassium as well as organic compounds combined with iodine, volatile substances and resin acids which all have a positive influence on our health. Acid and oil also obtained from amber destroy free radicals as well as being a natural disinfectant. Raw, unpolished amber has antibacterial properties, facilitates the wound healing process and is said to reduce blood pressure.

Baltic Amber: From Tradition to Modernity

Paleobotainsts have found that Baltic Amber resin comes from a specific kind of coniferous tree known as Pinus Succinifera. The best proof we have of this are chips of bark and tissues (known as organic inclusions) contained within amber pieces and which trace back 40 million years. Since ancient times, from Europe to China, amber’s attractive appearance has allowed it to serve as both decorative material and medicine.

Amber necklaces helped in treating upper airway disorders such as bronchitis and tonsillitis as well as asthma and toothaches. It was administered to children for chewing as a pain relief during teething! It was also known to treat sleep disorders, menstrual ailments and even bleeding in childbirth. Amber Tincture was made using amber pieces collected on the shore which were then left to stand in pure alcohol. It was renowned for general strengthening of the body and in cases of flu and colds, the tincture was rubbed in twice a day on the chest, feet and knees whilst for headaches a few drops would be applied on the forehead. When brought down with a cold, a little of the tincture rubbed under the nostrils would be sure to cure you of a runny nose!

Amber was most importantly known to be a great healer of rheumatic disorders, where amber bracelets were proven to induce reduction or complete remission of arthritic bumps. As Giacomo Fantuzzi discovered from his 1652 journey to Gdańsk, a coastal city in Northern Poland resting on the Baltic Sea, “amber oil is effective for rheumatic diseases, easing muscle pains and improving blood circulation.” In the coastal regions of Poland, you may still find that people adorn their homes with good luck charms made from amber.

In the Nineteenth Century, chemists continued the use of amber in medicine by preparing various amber balms and tinctures as well as beginning a trend for the use of amber in cosmetics. Today, amber is highly respected among natural medicine supporters who strongly believe that amber helps us to regain the natural balance of our electromagnetic fields by generating negative charges. Try it yourself by rubbing a piece of amber with wool to see the electrostatic effects! 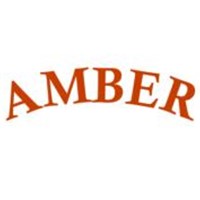 The Amber Ointment - Now available in the UK from supersupps.com