The low down of hot flushes

What many people don’t realise is that up to 80% of women end up suffering from hot flushes associated with the menopause but I bet many more will be unaware that this may last for 7 years or more. Interestingly, a recent study analysed data from 1449 women suffering from 6 days or more of hot flushes over a previous 2 week time period and discovered that the symptoms were also dependent on race. The study revealed that black women experienced the longest total hot flush duration (around 10 years) with Japanese and Chinese women reporting the shortest duration of hot flushing in the region of 4.8 and 5.4 years respectively. However, hot flushes and their reported duration complex and influenced by many factors. For example, we know that the severity and duration of hot flushing can be adversely influenced by a history of smoking, emotional stress and anxiety, depression and even a great sensitivity to more minor symptoms. In other words, there may be powerful psychological and cultural influences at play. Despite this when we look a little deeper into the dietary habits of the women with the lowest reported hot flushing and shortest duration of symptoms the influence of complex compounds known as isoflavones derived from soya may also play an important part.

For many years conflicting data has been quoted connecting a diet high in soya isoflavones with improved control on hot flushes in women seeking a natural remedy for managing this distressing problem. According to clinical studies and observations some isoflavones can relieve hot flushes over the transition from menopause to post-menopause. In women who respond well to isoflavones additional improvements in emotional and mood states along with improved sleep and menopausal brain fog have also been reported. It would appear that the key to success is in the selection of a natural remedy that can deliver a high isoflavone content (in the region of 40%) or one that can state the concentration of a specific isoflavone known as diadzine. From a dietary perspective the key isoflavone compounds are found in a variety of specialist foods such as Tofu, Okara, and Natto, as well as better-known foods like chick peas, broad beans, green tea, peanuts and Mung beans, albeit in very low quantities. However, the greatest concentration of isoflavones are found in Soybeans and the foods based in soy such as Soy protein concentrates and isolates, Soy flour and Soybean sprouts. To help get the dietary contribution of isoflavones into perspective, an analysis of Soybeans shows that the total isoflavone content to be in the region of 128mg per 100g of Soybeans, which equates to just 0.13% isoflavone. One would have to eat a lot of Soyabeans to get a meaningful intake of diadzine, which only accounts for 46mg (0.05%) per 100g of whole Soyabeans. But, we may be looking at this in the wrong way. May be it’s a life time exposure to a low but steady intake of dietary isoflavones that may explain the Japanese and Chinese observations or is it more to do with a culture? Do these cultures talk about, complain about or manage the menopause differently? This may be beyond this article but its an interesting area to ponder.

Knowing that isoflavones can be of help in managing menopause symptoms and by the time they appear simply increasing the food sources may be inadequate we have to turn to supplements such as Phytogen Forte, a triple ingredient food supplement that delivers the 40% isoflavone content blended with sage and flax lignans.  A good proportion of the soy isoflavone is made up of diadzein which is, in turn, converted into a compound called S-equol by the guts intestinal bacteria. S-equol has a structure very similar to estradiol, the main sex hormone that is deficient after the menopause and the most likely cause for the hot flushing and other menopause related symptoms that are commonly treated medically by HRT.

Finally, not all women appear to respond to isoflavone therapy as well as others do. This was put down to simple fact that not all people do well on the same therapy but recent research has highlighted the fact that those women who consume a vegetarian diet appear to do much better on isoflavone supplements in regards to the reduction in flushing symptoms. The key difference may lie in the different gut flora and microbiota of a vegetarian compared to a meat eater. We know that diadzein is converted into S-eqoul within the gut and this appeared to be very dependent on the bacteria that live within the gut of that individual. It may be that by boosting the gut’s population of lactobacillus bacteria either by the use of a probiotic (such as Acidophilus Pearls) or by a radical diet change could amplify he effects of an isoflavone supplement. 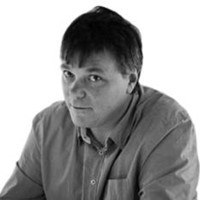