Around 5 million people suffer from ‘Winter-time blues’, but for another ½ million, it is more than just a case of feeling a little low.

Most of us feel down at times, especially when the days become short and the nights long, but for some, the Winter months can be a real misery. There is no hiding the fact that we have had some of the wettest and coldest summers for 20 years or so. The long, hot lazy summers we all dream about are, unfortunately, just in our dreams!

Interest the winter blues has flourished in recent years following the growing body of research surrounding Seasonal Affective Disorder or SAD for short. This condition can affect anyone, including children, although some are more vulnerable than others. The trigger probably lies deep with in the brain and it’s ability to handle the changes in light intensity that occurs during the winter months. The lack of bright light is known to affect two substances in the brain; melatonin and serotonin.

Light suppresses melatonin, a chemical that induces the feeling of sleepiness where as serotonin thrives on bright light. Conversely, darkness lowers the levels, which is associated with the classic symptoms of depression. In many cases there is a direct relationship between melatonin and serotonin, where higher levels of melatonin are associated with decreased amounts of serotonin. SAD was only discovered relatively recently. In the 1970’s researcher Herb Kern noticed that he felt completely different within himself during the summer and winter months. He was bright, cheerful and productive in his work during the spring and summer, but as autumn approached he found that he became increasingly lethargic and unhappy. He grouped together with some scientists to try light as a therapy for his symptoms and by 1982 Norman Rosenthal and his team published a description of Seasonal Affective Disorder.

Although there are many symptoms associated with SAD, depression is one of the main indications that you maybe suffering from SAD, especially if you are only affected between the months of September and April. As the underlying cause of SAD is a lack of light, it makes good sense to increase the amount of light you receive. Apart from leaving the country for warmer climes, this is easily achieved by using a light box, of which there are many available. In general, a 30 minute exposure is typically required in front of a light box that emits light at an intensity if 10,000 lux. In addition to using light as a treatment, there are many other methods that will help prevent and decrease the severity of your symptoms. Depression One of the most potent herbs for helping the symptoms of depression is the ‘Sunshine herb’ or St Johns Wort. Due to its effectiveness, this herb has received much media attention and some studies have shown that in its own right St Johns Wort (Hypericum) can improve depressive symptoms of SAD, even when light therapy is not used. It works by affecting the levels of serotonin and by raising them, the symptoms of depression are alleviated. St Johns wort is a safe herb but care must be taken if you are taking other prescribed drugs and it should not be taken along side SSRI type antidepressants. St Johns wort has also been noted to interfere with the oral contraceptive pill!

Although the majority of people do not feel as vitalised on a dark Winter morning as they do during the bright summer months, SAD sufferers have great trouble rising from bed in the morning. Not only is oversleeping common, but drowsiness throughout most of the day results in the need to nap in the afternoon. It is wise to avoid napping and instead try to force yourself out of bed in the mornings, so that you can take a walk, especially on bright mornings. Exercise releases the body’s feel-good chemicals (endorphins) so you may start to feel better mentally, and physically it can only be beneficial. For those looking to help re-balance their sleep-wake balance the remedy known as Lactium may offer the answer. Lactium is the name given to a short string or proteins extracted from milk that have a unique ability to enhance relaxation once absorbed and they reach the brain. Because there is no issues relating to addiction or withdrawl Lactium is finding its way into many products formulated to help support calmness, relaxation and to promote restful sleep. Once such product, Zen-Time with Latium blends 150mg of Lactium with vitamin B6 and magnesium to help deliver optimal nutritional support to the stressed, anxious and sleep deprived individules. Another natural product that has great potential is Sweet Cherry Extract because Cherries naturally contain melatonin. Taking a regular capsule or two of say, CherryBomb, will help boost this natural sleep regulator over time.

Remember to avoid wearing sunglasses as it is the amount of light that reaches the eyes that helps the condition.

Sugar cravings are a common symptom of SAD, so you must try to get into the habit of eating sustaining foods such as complex carbohydrates which include pasta, bread potatoes and rice. Although sugary foods like cakes, biscuits and sweets will initially make you feel more energetic, it will be short lived as a hormone insulin will soon be released to clear the sugars from the blood, leaving you feeling even more washed out than before. Taking a course of chromium can help your bodies sugar regulating systems become more sensitive. Just a small daily dose of 200 micrograms (mcg) is all that is needed when taken over a few months along side a low sugar diet.

Unfortunately, people affected by SAD tend to suffer from colds and flu as their immune systems ofeten appear to be weaker. There are many ways to boost your immune system, but one food group is gaining significant ground as a super food for the immune system; mushrooms, or more specifically, medicinal mushrooms such as Cordyceps, Maitake, Reishi, Yamaushitake and of course Shitake to name a few. At the heart of these mushroom species are immune active compoinds known as beta glucans. Taking a broad spectrum medicinal mushroom supplement sich as MycoDefense may well give your flagging system the lift it needs. MycoDefense contains mushroom extracts taken from the all of speficic growth phases (mycelium, primordium, strerotium and fruitbody) of 12 organic mushrooms. At the moment tye science does not agree on what phase of a mushrooms growth contains the best balance of immune active compounts so MycoDefense harvests the benefits from all the growth phases of the following species; Cordyceps, Mesima, Maitake, Reishi, Yamaushitake, Himematsutake, Shitake, Zhu Ling, Kawartake, Hiratake, Agarilcon, Chag

Certain vitamins such as vitamin A, B6, C and D3 are especially important, and try using zinc lozenges if you are affected by a cold.

The Winter Blues; In summary

• Seize time outside in the daylight whenever you can.

• Do some exercise. Any kind of physical activity will lift your mood.

• Get good nurition - its essential; oily fish or a supplement of fish oil is not your thing.

• Optimise your protein intake; the amino acids from protein foods are esential for tissue regeneration.

• Proteins are also vital for the production of key brain chemicals.

• Boost your vitamin D3 levels over the winter and consider adding medicinal mushrooms as food and/or as a supplement.

• Explore improving sleep with the suggestions above but avoid getting up too late as this confuses the bodies internal clock.

• Don't bottle up your feelings; A good moan about the weather is part of being British. 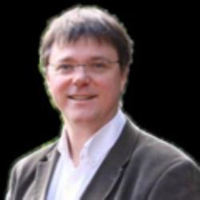 Marcus qualified in 1988 from the British College of Osteopathic medicine (formally the British College of Naturopathy and Osteopathy) where he served as a part-time lecturer for four years. He has a special professional interest in the nutritional management of osteoporosis and chronic pain disorders using medical acupuncture. He continues to lecture to special interest groups as well as writing and broadcasting for the public in magazines. Marcus is also a chartered Biologist and a Fellow of the Royal Society of Medicine.