A spice to cool the inflammatory fires

There has been quite a lot of press interest in the adverse effects of certain anti-inflammatory drugs and their potential to trigger a host of unwanted side effects including heart attacks. It’s no secret that most anti-inflammatory medications can play havoc with your stomach and gut but the news that taking these drugs could cause heart complications was quite a shock to those who have come to rely on these drugs to get them through the day. Interestingly, research over the years into the spice turmeric has revealed some encouraging results when used to treat pain and inflammation. Turmeric is composed of a complex mixture of organic compounds the principle one being curcumin. Although easily confused with the spice cumin, curcumin is completely unrelated and a unique compound to the spice turmeric. It belongs to a group of compounds called curcuminoids that are responsible for the typical yellow colour of turmeric. Anyone who has seen natural turumic root in the supermarket may notice a similarity to another culinary spice, ginger root. However, this is no coincidence because turmeric and ginger both belong to the same botanical family; Zingiberaceae. Both of these spices accumulate pharmacologically important compounds within the root tissue. In the case of turmeric the compounds are known as curcuminoids where as in ginger the compounds are called gingerols. The key fact that interests us is the ability of these compound to effectively reduce inflammation and pain while sparing other tissues the hazardous side effects commonly associated with anti-inflammatory medications. This may sound a bit to good to be true but to understand how turmeric, or more specifically the curcumoid known as curcumin, achieves this we will have to discuss the inflammatory process and a bit of biochemistry!

When ever we injure ourselves the body has to mend the damage. To do this, chemicals need to be released that enhance blood supply, neutralise any invading bad bacteria and stimulate the local immune reaction. Over this early (acute) phase inflammation is accompanied by pain, swelling and some heat. In the majority of cases this process is self-limiting and once the injury has been mended all the levels settle to normal along with all the related symptoms. However, this is not always the case especially if there is an ongoing irritant present such as arthritis, joint damage or autoimmune disease. In these cases the inflammation becomes chronic and the sufferer experiences daily pain and disability. Anti-inflammatory drugs can offer great relief but often at a price and their safe long term use has become questionable.

The cascade of events that eventually causes inflammation kicks off within cell membranes. A specific fatty acid, known as arachidonic acid (AA), is released from it’s bound state within the cell membrane by an enzyme (phospholipase-A2). Two key players in the inflammation story, COX and LOX, then act upon the now freed AA. The COX enzyme comes in two forms, COX1 and COX 2. When AA interacts with COX1 it produces a mixture of compounds (prostaglandins; PG’s) that protect the stomach and maintain the ability of the blood to clot. When AA interacts with COX2 in produces PG’s that signal pain and enhance inflammation. The LOX enzyme converts AA into another powerful group of inflammatory compounds known as leukortrines. Drugs that block the COX and LOX enzymes are known as anti-inflammatory drugs for this reason; they block the inflammatory cascade. However, by blocking the COX1 enzyme these drugs also block the stomach and gut protective PG’s and cause thinning and blood vessel leaks as they also block the PG’s that maintain blood clotting. As a result, specific drugs were developed that selectively block the COX2 enzyme but leave the COX1 alone. In theory, this sounded great but in reality the drugs did leave the COX1 enzyme alone in the majority of tissues except the COX1 found within the cells that line the blood vessels. These cells are called endothelial cells and the COX1 enzyme within these cells produces a special compound known as prostacyclin, which in turn maintains the smooth flowing of the blood within the blood vessels. By blocking the action of endothelial COX1 and the production of prostacyclin blood becomes stickier and prone to clotting, which explained the increased heart attack risk associated with drugs that have COX2 inhibitor action.

Research into the anti-inflammatory actions of curcumin has revealed that curcumin is a safe and effective inhibitor of COX2 and of the LOX enzyme that is responsible for the generation of the powerful inflammatory actions of leukortrines. What’s more, curcumin has also been shown to block the initial release of AA from the cell membrane. By doing this curcumin may have an effective preventative action as well as a powerful anti-inflammatory effect when used on a regular basis. To date, there have been no indication or suggestion that curcumin inhibits the endothelial COX1.

One factor that goes against curcumin is it’s poor absorption from the digestive tract. To get around this problem, two manufacturers have produced a highly bio-available extract; EuroPharma’s (USA) CuraMed product, based on the BCM-95® curcumin ingredient and Natural Factor’s (Canada) Theracurmin that uses a microscopic particle (100 times smaller than regular curcumin powder) size to enhance the curcumin absorption from the gut. Studies using Theracurmin have shown that the microscopic curcumin particles are absorbed up to and reach concentrations 300 times higher than regular powders.

How to take curcumin supplements

Both products are simple and easy to use; take 1-2 capsules daily around a meal time. Because of the lack of available information, those who are pregnant or breast feeding or taking warfarin should only use curcumin based products after taking medical advise. 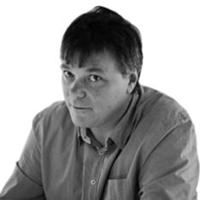